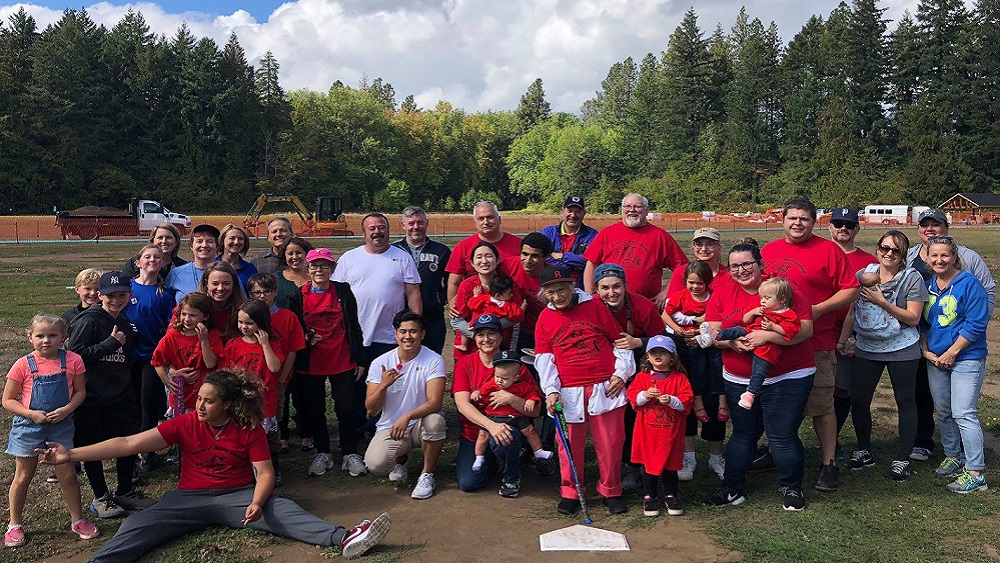 Sometimes you have to put yourself in someone else’s shoes to understand the emotions, stress, and difficulties they are experiencing.

That’s not always an easy thing to do; it takes concentration and commitment, especially when the relationship is an on-going one.

When our Oregon team first met 89-year old Rowena, she had recently moved to an assisted living facility because her health problems had grown too complicated for her family to care for. Due to her dementia, she was experiencing hallucinations and agitation, and was resistant to things like bathing and changing her clothes.

After our hospice aide Cassandra cared for Rowena a few times, she saw how intimidated Rowena was by simple daily tasks and she decided to call a conference. Rowena’s family, all the caregivers at the facility, and multiple members of our Seasons staff gathered to figure out why Rowena was having these negative reactions and if there was anything that could be done.

Over the next few months, we teamed up with the facility to try to put ourselves in Rowena’s place: if you were already disoriented and confused about where you were and who was entering your room, wouldn’t it seem alarming to have someone you didn’t recognize performing even the simplest grooming task? With this in mind, we decided to start making Rowena’s atmosphere more soothing and familiar to her.

By first painting her room pink (her favorite color!), then lowering her mattress to ease her fears of someone hiding under her bed, to

allowing her to enjoy her green thumb by creating an indoor garden with real dirt, Rowena’s once-unfamiliar room started to become a place that was more like home. Cassandra also put a lot of thought into the ways in which she performed acts of care for Rowena. Even a simple act like running a comb through her own hair before she ran it through Rowena’s helped our patient realize that this was not a threatening or aggressive act. We encouraged Rowena to perform acts of care for herself, and this helped her regain some of the control over her life that she had lost, thereby restoring confidence and security.

Slowly but surely these small changes began to produce a noticeable difference in Rowena.

She seemed more relaxed, permitted herself to be cared for, and was once again finding security and joy in the things that she had always loved. As we learned more about Rowena from herself and from her family, our team member Bobbi found she shared a passion with our patient—softball! Every time Bobbi brought up softball, Rowena, who had been an avid softball player who played first base and shortstop for a semi-professional team in Arizona, would just light up. After a few of these conversations as Rowena’s spirits continued to improve, we decided that it would be fun to get a few team members together to play a little softball with Rowena. 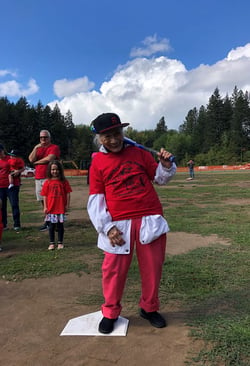 Bobbi had initially planned to get a ball and bat and just have a very casual event with Rowena, but once word got out, we found that everyone wanted to be a part of the game! Our staff members, their kids and spouses, facility staff, and Rowena’s family were all eager to be a part of the event, and soon we had enough people participating for a real-life softball game! Rowena even had family members fly in from out of state to be part of the big day.

We were watching the forecast carefully, and worried that the predicted rain might force us to cancel, but just before we were scheduled to begin the sun came out and the day turned out bright and dry. Everyone was sporting their Team Rowena t-shirts, and it was the perfect day for a picnic with family and friends, and the perfect day for a rousing game of softball!

It was amazing to see the way that Rowena lit up as she held the bat and made contact with the ball again—finally.

We had been caring for Rowena for months, trying to understand how to meet her needs and create a space at the end of her life that was welcoming and reassuring. Now, on this sunny Saturday, we saw a strong, empowered woman who was filled with delight, in her element, and embracing something that had been part of her identity for so long.

We are grateful to our friends at the Seasons Hospice Foundation and Elite Care for partnering with us to provide intentional, personalized, care and support for Rowena. We are grateful also to Rowena for sharing with us her passion and joy for softball and for life and to her and her family for permitting us to be part of these important last days of life.