Undying Love at the End of Life 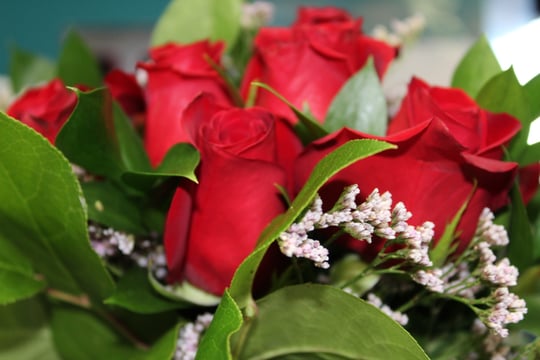 If you knew you only had a little while left to live, what would you do? This question is very real to our patients, some of whom only have months or even days left. Facilitating individual answers to this question is one of our top priorities – we want to know if there’s a wish or legacy project that we can help fulfill. When Josie, our manager of volunteer services and community outreach, got the call from a teammate that one of our patients at our inpatient center in Tampa wanted to get married, she knew she had to make it happen.

Bonita was in her 70s and had been on our service for about two weeks. She had been dating Thomas for about five years, but they had never found the time to get married. Now that the end of life was approaching for Bonita, the couple knew that having the opportunity to profess their love to each other in a public and official way would bring them peace.

There wasn’t much time, but as Josie began to plan the details of the wedding, she started thinking about what would make the wedding celebratory and special for Bonita. She decided she would start with a bouquet, and googled “flower shop in Tampa” to see if she could find a local florist who would be willing to donate flowers for the wedding. One of the first search results that popped up was Jennie’s Flowers, and Josie picked up the phone to give them a call.

As she started to share Bonita’s story with the florist who picked up, he stopped her just a few sentences in: “Of course we’ll help out!” When Josie went to pick up the bouquet the next day, not only had Jennie’s created a wonderful bouquet of red roses to donate to Bonita, they had also created a boutonniere for Thomas! When Josie told Bonita’s family in California, they were so pleased.

After having to cancel once because Bonita wasn’t feeling well, she felt a little bit better and it was time to get “hitched,” as the couple said. The whole care team at the inpatient center pitched in to make sure things went smoothly, and the ceremony was simple and short, performed by a pastor the couple knew in Tampa. Getting to look into each other’s eyes and take each other as husband and wife was so meaningful for Bonita and Thomas. They were grateful that Bonita’s daughter was able to be there with them, while other family members sent flowers and joined virtually via Zoom. Professing their eternal love for each other at this time of their lives took on a whole new significance.

Bonita died a few days after the wedding, at peace.

We’re dedicated to fulfilling these final wishes for our patients and families, and we’re grateful for the generosity of our communities in lending their support. Each person’s life journey is different. Being there to walk alongside someone as they draw near the end of theirs is a privilege and an honor.

Community, Patient Stories, Staff Stories
Practical tips for being apart yet together during the holidays Hello Again