My Dream Became a Reality 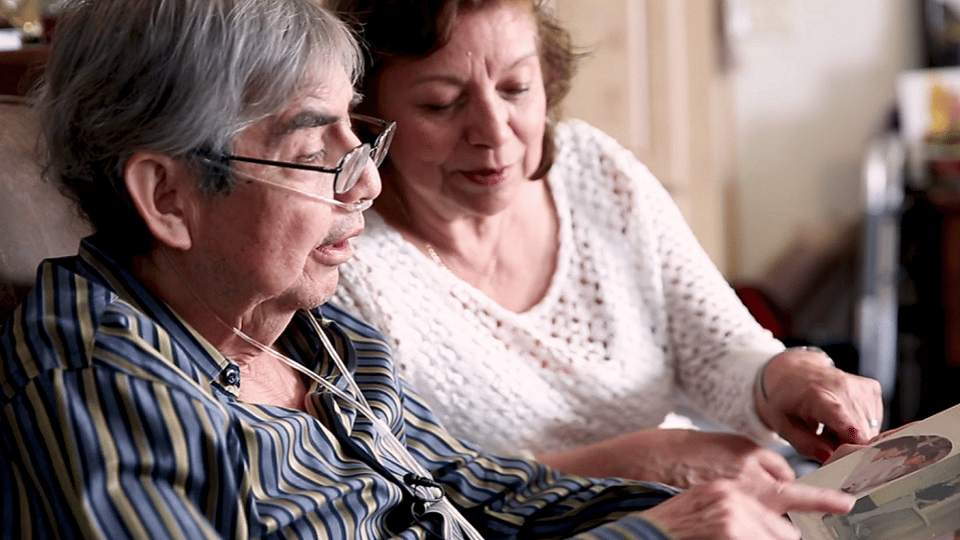 Our San Diego patient José Sanchez-Martinez was a painter; whenever our staff went to his house, you could find half-painted artwork everywhere. He also loved painting with his grandchildren; it was something he always wanted them to remember doing with him.

After talking with José, social worker Irene Ona found out that painting wasn’t just a hobby for José—it was his passion, and he had always dreamed of sharing his passion with the world. And his dream almost came true—15 years ago, the Mexican Consulate had commissioned José to paint a mural inside their building. However, due to changes in leadership, the project got cancelled, although it was never forgotten by José. When Irene asked José what he wished to do before he died, he responded by saying he wanted to feature a collection of his art in the consulate so that he could educate his fellow countrymen on their history, especially those who had never had a chance to visit Mexico.

Irene, hospice aide Esmeralda, and Chaplain Pavel got to work immediately. With the help of our team nationwide, they were able to get in contact with the Mexican Consulate to see if José could showcase his collection of art: 10 unique pieces showing different points of time in Mexican history.

The consulate readily agreed to showcase José’s pieces for a month, as well as to have a special opening night celebration!

At the event, José was surrounded by our staff and his friends and family. There were refreshments and music, a true party to celebrate his art. When asked how the event made him feel, José responded by saying our staff “motivated him to continue his life.”

It was an event that will never be forgotten by José, his family and our team.

Community, Legacy Project, Patient Stories
It Really Does Matter How We Die “Joan Is About Life”