My Time at Camp Kangaroo 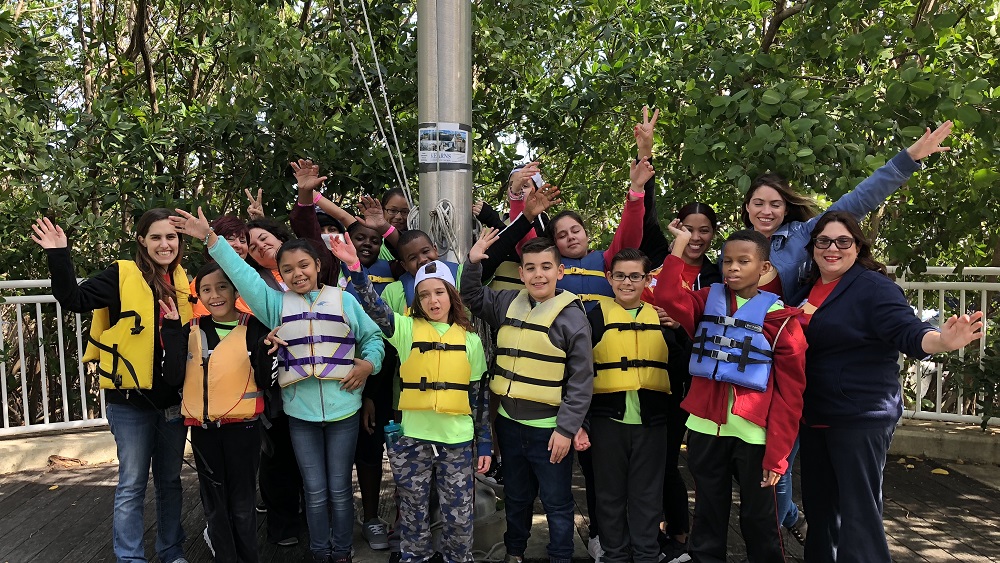 About the Author: Marco is an eleven-year old who attended Camp Kangaroo in Miami. He wrote this essay for a class after attending camp.

My time at Camp Kangaroo

A few weeks ago, my mother told me, my brother, and my sister about a camp called Camp Kangaroo. My mother told us that the camp wasn’t your ordinary camp, because all the kids at this camp had one thing in common—they all had lost a loved one. I have gone through what these kids have. Two years ago, my father had a fatal accident while trying to fix our car. Even to this day, I don’t know exactly how my dad had passed away.

Getting back to the point, I had lost a loved one like the other kids.

My older brother Franco didn’t come to the camp. My sister was more than happy to go, I don’t know why, maybe it was because she would be able to talk about the event with our dad, or simply because she thought it was fun. But she had her reasons and I had mine. At first, I was reluctant about going to camp because I didn’t want to talk about what had happened to my dad, and the camp lasted longer than school hours. But after my mother let me stay home on Friday, I realized I had no choice but to go to the camp.

My mother dropped me and my sister off at the bus where I popped open my Nintendo DS, and started playing Pokémon SoulSilver until we arrived to camp. When we got there, they color-coded us into groups by age, and I got put in the Orange group since I was 12. They gave us a bag full of stuff. A reusable water bottle, a pen, some weird googly eyes on a rubber thing (I don’t know how to explain it), and some earbuds, which broke a few days later. After everyone had arrived, the kids sat down in chairs, while waiting for the counselors to do stuff. The counselors were singing us a song they had written. I can not get the dang song out of my head. After the song, the groups went to their rooms.

There were 5 other kids in the Orange group, and I don’t remember any of their names, neither do I remember the names of my counselors, as I didn’t pay attention to learning their names. After getting to the room, my group played a special type of Jenga. There were questions on the blocks on Jenga, so after you chose a block, you had to read and answer the question on the block. Some didn’t have questions, so whoever picked those got a pass. The questions ranged from normal questions like, “What is your favorite movie?” or “Sweet or Salty?” to personal uncomfortable questions like, “Who did you lose?” or “What do you miss most about your loved one?” One of the counselors got a little annoyed by one kid who kept getting the Jenga blocks with no questions, so he asked the kid math questions.

Eventually we had to stop playing because there was no more time left, and we had to go down to the assembly room to do something special. Honestly, this special thing almost had me crying until the building flooded with my tears. The counselors wanted to take the song from the movie “Coco” known as “Remember Me” and replace some of the lyrics with things we missed from our loved ones and wished we had back. Listening to the counselors and the kids sing along to the newly remixed song almost had me cry in sorrow, but I held it in, trying not to make a scene. We only did the first half of the song, because the younger kids were doing the 2nd half of it.

After we finished the song, we went kayaking at the dock near the camp. Long story short, we were supposed to kayak to an island, but the wind was too strong to go anywhere. It was fun, and one group of kids went behind a moving boat out of the counselors’ view, and we all thought it was funny. After the kayaking trip, we went back into the room and made collages that had to do with the loved one that passed away. I made a before and after collage. Before my dad passed away, and after he passed away, and mine turned out rather funnier than I thought it would. We all shared our collages and put them away to take home.

After that, we played hot potato, but with a rain stick, and we had to make the sound of rain with it and pass it on while music played, and whoever had the stick last when the song finished, had to mention something about their loved one. We then used a tool that made the sound of waves of an ocean. We each got to use it and move it around and create the waves of an ocean when we controlled it. When I got to use it, I shook it furiously, violently, and ruthlessly, to represent my ocean after my dad had passed away. After we finished everything, there was an ice cream truck outside the camp, and the whole camp got to go for free ice cream. I got the cookies and cream flavor, and I wish they had served seconds, because it was delicious.

Time flew, and it was almost time to go, so we spent our last minutes just socializing. I got on the bus home and once again, played Pokémon SoulSilver on the ride back. Eventually the bus reached the bus stop, where my mom picked me and my sister up. On my way back home, I thought about the entire day I had spent on the camp with the kids who felt the same heartbreaking, stomach-churning, sorrow-filled experience as me.

It was great and relaxing sharing information about my dad and what had happened.

The moral for this story is that it’s good to express your feelings about your tough times to those willing to listen, and especially those who have gone through the same thing you have, as they can help you get through the tough times and see the future again. This camp had helped me turn the dark and stormy night into a beautiful sunny day.

All children attend Camp Kangaroo free of charge. This is made possible through the Seasons Hospice Foundation. If you would like to sponsor a child to attend, please click here.