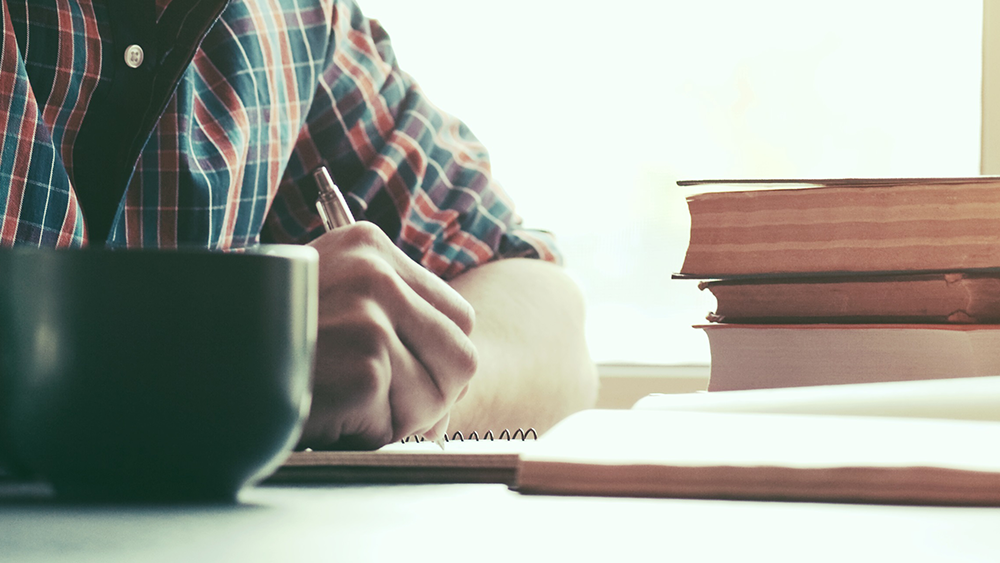 Our patient, Tom Layesman, was a man with a love for the written word.

Tom majored in English at the University of Maryland before going on to do graduate work in the professional writing program at Towson State University. He enjoyed spending his time writing and playing music.

Tom’s prose and poetry was published widely in various magazines, and he was invited to do many readings in the Baltimore-Washington area, including at the Library of Congress in the fall of 1996. A chapbook of his poems titled Such Roads the Map Won’t Tell was published by Swedica Press in 1993.

While we cared for Tom, we noticed a stack of poetry was never far from his bedside.

Tom never married and didn’t have any siblings, but family was always an important part of his life. He lived with and was the primary caregiver for his mother, who died only a year ago. His cousins told us that he was much more than just a cousin: he was like a brother to them. They truly cherish the poems that Tom wrote, knowing that the poems are such a reflection of their cousin and a window into his soul.

His cousins told us that Tom owned two prized guitars and that you could often find Tom strumming along, using the guitars while writing music. He often went to open mic nights as a creative outlet. He loved music, with his favorites being the Rolling Stones, John Denver, and Simon & Garfunkel.

When we noticed Tom was declining more quickly than expected, we first called his cousin Jackie. She lives in Florida, but she got on a flight that very same day and was by Tom’s side that night. The rest of his cousins also showed up immediately and didn’t leave Tom’s side for more than a week. They didn’t even want to walk down the hall to visit the bathroom to shower! They were so committed to soaking up every last second they had with Tom.

While his family was there, Tom had a visit from Seasons Music Therapist Quenton Clarke. Quenton wanted to do something special for Tom, and given Tom’s background he figured it would make the most sense to put some of Tom’s poems to music. He was able to work with Tom’s family to pick out a number of his favorite poems, including “Voices,” and make them into a song.

Tom was very soft spoken in his final days, but when Quenton was playing music during their first visit Tom was strumming his fingers along in bed. His family was able to see a glimmer of the Tom they knew, full of life and love, and passionate about the arts.

This visit is now a cherished memory for the family, as Tom died just a few days later. We created a video of this visit as a legacy for Tom’s family, in hopes that they will be able to watch it and remember the joy that Tom brought to their lives.