We Honor Veterans: A Ceremony 60 Years in the Making

Each one of our patients at Seasons Hospice & Palliative Care has a unique story to tell and we are always so excited when they decide to share it with us. Susuma Yasuda was a special man, devoted to his wife, his family and his country. A Japanese-American, Mr. Yasuda served with the Army as a Private First Class in World War II. He fought valiantly, defending our country in occupied Japan, while his wife was forced to live in an internment camp back home in the US. 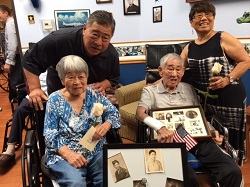 Together, Mr. & Mrs. Yasuda’s patriotism is astounding. The two of them overcame any hard feelings that came from this internment; their love for America never wavered. It was a love so strong, that Mr. Yasuda went on to proudly serve in the Korean War as well.

His story of conflict and survival went unobserved for some sixty plus years until Thursday, August 31, 2017. Elderly and frail, Mr. Yasuda was presented with a Certificate of Appreciation and pin from Seasons Hospice & the Veterans Administration. 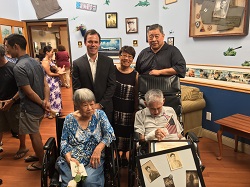 Four generations of his family, Seasons Hospice Orange County staff, and a representative from US Senator Diane Feinstein’s Office, Chris Barwick, was present at this ceremony at Fullerton Gardens.

When the pin was being placed on his collar during the ceremony, Mr. Yasuda started to weep, along with the crowded room of family, staff and friends. It was a touching moment as this patriot received a small thank you for all the sacrifices made.

We are so thankful for Mr. Yasuda’s service and were honored to serve him. 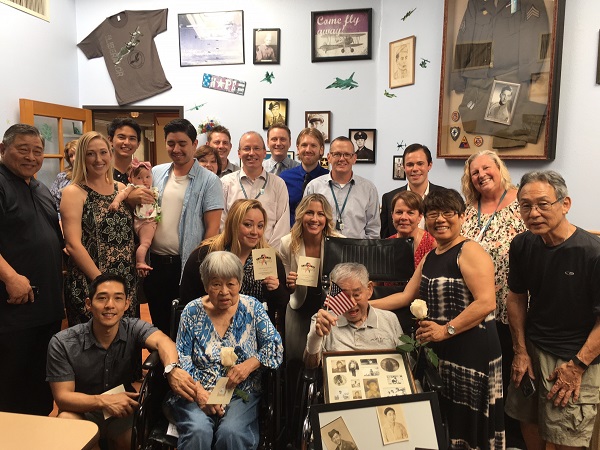